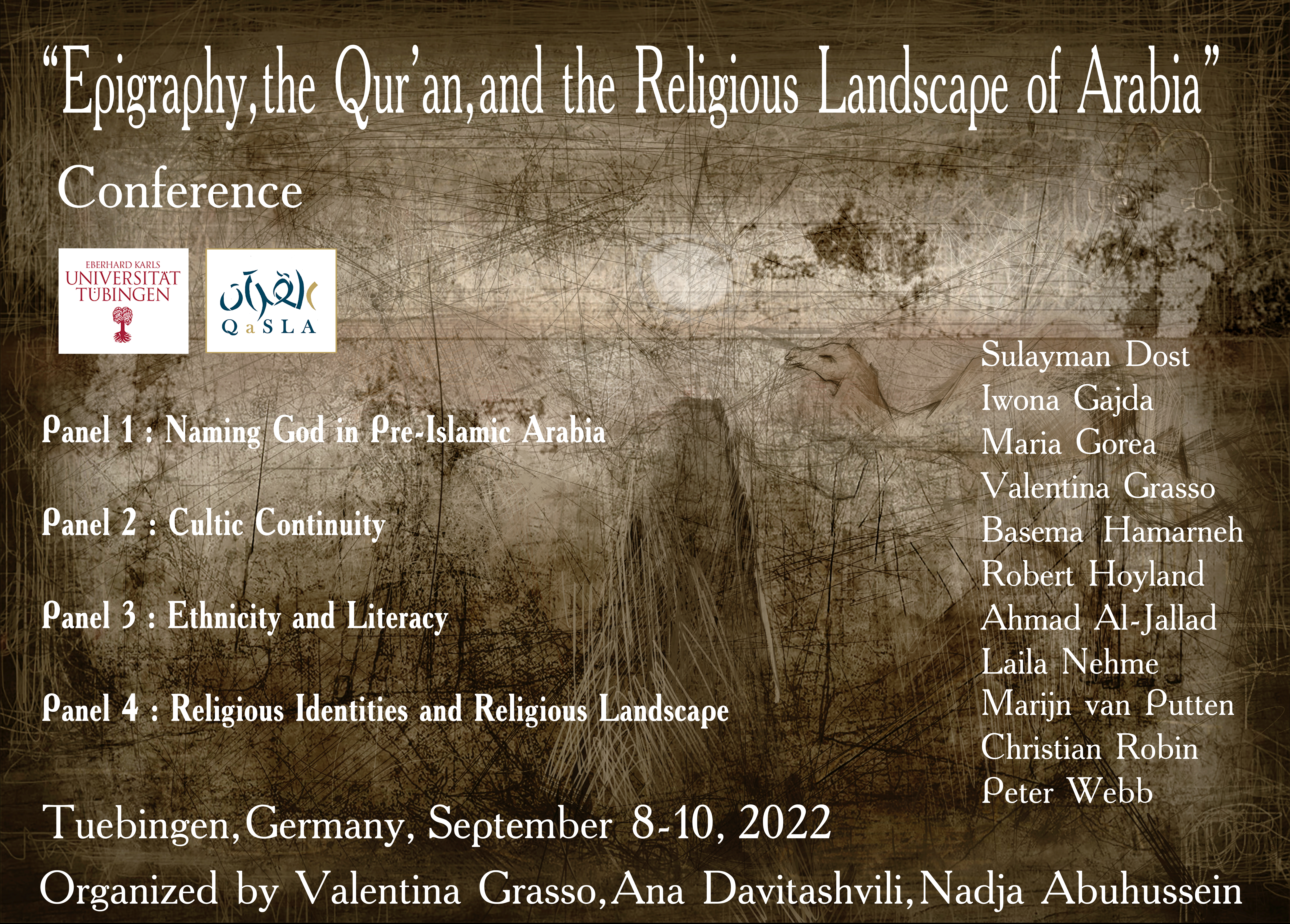 The University of Tübingen Qur’an as a Source for Late Antiquity Research Project team announces “Epigraphy, the Qur’an, and the Religious Landscape of Arabia” to be held September 8–10, 2022. This three-day international conference will bring together specialists in epigraphy as well as scholars of the Qurʾān with the aim of exploring how recent epigraphic and archaeological findings and research have been changing our understanding of the Qurʾān and the Arabian religious, cultural, and political landscape.

A wide range of archaeological finds is rapidly expanding our knowledge of the pre-Islamic cultural milieu and the political structures of the Arabian Peninsula during Late Antiquity, and thereby of the Qur’ān’s cultural context. This material can offer a complementary reading to the literary accounts on pre-Islamic Arabia, which were mostly composed outside Arabia, or long after the late antique period. Accordingly, the conference seeks to integrate new archaeological finds with ongoing studies on the genesis of the Qur’ān, its Arabian background, and the broader cultural milieu of pre-Islamic Arabia with a special focus on “late” Late Antiquity at the dawn of Islam. Themes to be addressed include, but are not limited to:

Bearing in mind the fluidity of identities and traditions during Late Antiquity, we also accommodate papers that do not fall into these exact categories. We believe there is a growing need to make the recent exciting discoveries of scholars working on the Qur’ān and Arabia more widely accessible to historians who may not have a solid background in archaeology and epigraphy. Aiming to foster discussion between scholars, each panel will be paired with a specialist on the Qur’ān or on the wider history of Arabia.

The research presentations will be open to the public upon timely pre-registration and streamed online.