The 2020 IQSA Annual Meeting held for the first time in a new virtual format is just a few short weeks away! Please see below for some friendly reminders for participants and attendees:

Dates and Times
The virtual meeting schedule will be extended to avoid potential timing conflicts, time zone limitations, and religious and Thanksgiving holidays. The meeting will take place Monday – Thursday over two weeks. The new dates are November 30 – December 3 and December 7 – 10, from 9AM to 9PM EST / 1PM to 1AM ECT. All times on the conference schedule are listed in Eastern Standard Time (UTC-5).

Program Platform
The SBL and AAR Virtual Annual Meetings Platform is now live on your computer!

IQSA Virtual Events
IQSA will still hold its Annual President Address, Business and General Meetings, Graduate Student Roundtable, and a closing session. To participate, members must be registered for the Annual Meeting through SBL/AAR.
Presidential Address
11/30/2020
1:00 PM to 2:00 PM
Asma Hilali, University of Lille, Panelist (40 min)
Fred Donner, University of Chicago, Respondent (20 min)
Business Meeting
12/02/2020
10:00 AM to 11:00 AM
*Members Only
General Meeting
12/02/2020
11:30 AM to 12:30 PM
Open to Public

Closing Session
12/10/2020
1:00 PM to 1:30 PM
Questions or concerns? Email contactus@iqsaweb.org. We look forward to seeing our members and affiliates next month for this exciting event!
© International Qur’anic Studies Association, 2020. All rights reserved.

The SBL and AAR Virtual Annual Meetings Platform is now live on your computer!

Call for papers: Christianity in Iraq at the turn of Islam: History & Archaeology

Abstract: An international round table organized on May 4 and 5, 2019 at the University of Salahaddin (Erbil, Iraq) highlighted the interest for a collective work that will address the question of Christianity in Iraq at the turn of Islam. Les Presses de l’Ifpo launch a call for papers related to this theme.

Argument: The collapse of the Persian Empire and the decreasing of the influence of the Byzantine Empire after the Muslim conquest led to important institutional changes for the Christians of the conquered areas. In Iraq, the Eastern Church was no longer limited by the Sasanian Empire ruled by the Zoroastrians and gained new opportunities to expand.

Nevertheless, it is difficult to restitute the reality of this ancient Christianity and to assess the modifications resulting from the conquests. The architectural patterns of churches seem to attest to the proximity between northern Iraq and the Byzantine territories while southern Iraq and the Persian Gulf appear as a homogeneous region, as attested by certain similarities in the material culture, or the existence of burials with worship function (relics) both in northern and southern Iraq. It is difficult to link these differences and similarities with particular Churches, liturgies, and regional influences. Since the excavations of D.T. Rice in al‑Hira in the 1930s, recent archaeological projects as well as epigraphic and textual studies have documented Christianity in the Early Islamic period in Iraq.

The international round table Christianity in Iraq at the turn of Islam provided an initial assessment of research, particularly archaeological data. This has highlighted the continuity of the forms of Christianity before and after Islam, the turn of Islam being the best documented period, both by archaeological data and textual sources. The study of architecture and material culture reveals no rupture. Churches appear as not have been modified, stucco crosses motifs are difficult to distinguish according to chronological criteria, and ceramic types remain unchanged. If there were a rupture, it would have rather been in the course of the 9th century. The populations keep their religion, their way of life and their languages for at least two centuries after the conquests. This phenomenon, which has already been evidenced in Egypt and Syria, must be better documented in Iraq. Indeed, finally Christianity in this region has been very poorly documented. Evidently, it is crucial to reconsider ancient works whose publications essentially fall short, and to publish simultaneously the results of the works in progress. The international round table has also highlighted the richness of a comparative approach between sources: only the confrontation of textual and archaeological sources will make it possible to answer certain questions such as that of the religious buildings’ liturgy.

Submission Guidelines: Articles (max. 40,000 signs including spaces and without bibliography, max. 10 figures), in French, English or Arabic, should be sent in their complete and definitive form with illustrations before February 28th 2021 to the following address: j.bonneric@ifporient.com.

– The text of the article in Word and PDF formats, whose presentation must comply with the guidelines of the Presses de l’Ifpo;

– A bibliography using the same guidelines;

– Abstracts in French, English and Arabic (1,200 signs maximum, including spaces).

Illustrations in TIFF format can be sent via download platforms such as Dropbox or WeTransfer.

Obtaining the necessary reproduction rights, including on the Internet, is the responsibility of the author.

The proposed articles will be double-blind peer reviewed and a response will be given to the authors within three months after the submission of their article. The publication of the volume is scheduled for the first half of 2022.

The Virtual Annual Meeting of the International Qur’anic Studies Association is only one short month away! From November 30 to December 10, scholars from over a dozen countries and universities across the globe will meet to share their scholarship in 9 different panels. Registration is still open for this meeting held in conjunction with the SBL/AAR Annual Meetings in a new virtual format. You can save on the forthcoming registration fee by joining IQSA and registering for the Annual Meetings as an Affiliate Member HERE.

For a sneak peak of the panel themes, presenters, and paper topics, view the 2020 IQSA Schedule online. We look forward to seeing many of our IQSA colleagues, affiliates, and friends in this unprecedented virtual gathering!

Princeton University will hold a Zoom graduate conference on March 6, 2020. The  theme of the conference is: “Reclaiming Losses: Recovery, Reconquest, and Restoration in the Middle Ages.” The conference’s keynote address will be given by Professor Hussein Fancy, Associate Professor of History at the University of Michigan.

Description: Loss can be accepted or contested. This conference will consider how perceptions of legacy and entitlement stirred ambitions to reassert lost claims from Late Antiquity through the Late Middle Ages. From the last great war of antiquity between Persia and Rome to Charlemagne’s Roman renovatio, Byzantine expansion, contestation over Iberia, and the later crusades, many medieval conflicts were justified as campaigns to reconquer and restore past order. Beyond political and territorial pursuits, contemporaries sought to reclaim losses of all kinds, whether legal, economic, intellectual, social, cultural, physical, emotional, or spiritual.

This conference will explore the circumstances under which medieval people made claims to past legacies, how they asserted those claims, and what it meant to express them as calls for restitution. How did contemporary understandings of legacy and entitlement factor into perceptions of loss? How did the motive to restore a loss—whether real or imagined—shape contemporary choices and their outcomes? When was loss understood as a fundamental challenge to individual or collective identity and what resulted from such challenges?

To this end, we invite 300-word proposals for fifteen- to twenty-minute talks on topics examining recovery, reconquest, and restoration in the Middle Ages. We welcome proposals covering any region of the world reflecting the time frame encompassing approximately 500-1500 CE. Please submit proposals or requests for more information to emedawar@princeton.edu.  Proposals should be submitted by November 6, 2020, and applicants will be notified of decisions by November 16, 2020.

The conference will be held on March 6, 2021 and will take place over Zoom.  Participation from any location is, therefore, warmly welcomed.

The Minding Scripture podcast, hosted by IQSA’s own Gabriel Reynolds, recently featured an interview with Professor Shady Nasser on the transmission of the Qur’an. 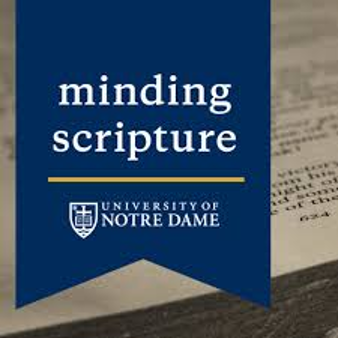 Description: “While you might be aware of Islamic tradition regarding the revelation of the Qur’an to Muhammad by the angel Gabriel, have you ever wondered how it was recorded and transmitted? Did Muhammad write this divine message down, or did transmission take place via another method? In this episode, our hosts Gabriel Reynolds, Francesca Murphy, and Mun’im Sirry are joined by Professor Shady H. Nasser, associate professor of Arabic Studies at Harvard. Professor Nasser specializes in Near Eastern civilizations, linguistic studies, and transmission and reception of Qur’anic texts; he’ll provide his understanding of the variant readings which have arisen within Islamic tradition.”

Readers interested in this podcast can listen here. Be sure to check out the many intriguing podcasts available at Minding Scripture, including many on the Qur’an.

The International Qur’anic Studies Association (IQSA) and the Asosiasi Ilmu Al-Qur’an dan Tafsir se-Indonesia (AIAT) are happy to announce a new series of talks over Zoom: “Qur’anic Studies in Indonesia.”

Hope to see you on Zoom!

The International Qur’anic Studies Association has migrated its main point of contact via email to a new address. For inquiries about membership, meetings, resources, advertising, or any other topic, please email contactus@iqsaweb.org and allow for 2-3 business days for the IQSA team to respond.

We look forward to continuing to foster Qur’anic Studies around the globe with this communications update and invite you to become a part of the IQSA community or renew your membership at members.iqsaweb.org!

Description: The premodern Islamic world was multilingual and multicultural, and by necessity was continually engaged in comparative critical practices. Mapping the interconnected trajectories of these practices, everywhere they arose between Urdu, Persian, Turkish, Arabic, and other language traditions of Asia and Africa, is the aim of this conference. We invite scholars to employ methodologies based on direct engagement with primary sources that negotiate the multilingual Islamic world(s) in ways that are overlooked or misunderstood by Comparative Literature.

For most of Islamic intellectual history, the literary analysis of discourse has been carried out in the domain of balāghah, and its Arabic terms—e.g., sariqah (theft, but also intertextuality), muʿāraḍah (rivalry, but also parody), muṭābaqah (correspondence, but also antithesis), muwāzanah (collation, but also comparison) etc.—signify concepts and categories that are different from those of Western criticism. Likewise, the traditions of grammar, lexicography, poetic meter, Quranic exegesis, hadith criticism, jurisprudence, theology, philosophy, and mysticism developed their own Arabophone conceptual resources, which were applied throughout the Islamic world. We invite participants to investigate the ramifications of such terms, and the consequences of their application across the multilingual Arabic world, fruitful and otherwise. Participants are invited to extend Islamicate poetics beyond Islamic traditions, and contemplate how contemporary critical theory might be enriched by comparative methods of the Islamic world. To bridge the frontier dividing modern literary theory from Islamic Studies is another aim of this conference. We mean to challenge the Eurocentrism of modern Comparative Literature as we invite dialogue across the disciplines of comparative rhetoric, poetics, philosophy, and Islamic Studies.

Abstracts (max. 400 words) should be sent in a word document, along with a short biography that contains academic affiliations and publications. Please use the IJMES transliteration system. The deadline for all submissions is November 17th, 2020. Please send the abstract to the conference’s email: premulticomparison@gmail.com

Notification of abstract acceptance is issued by December 25th, 2020.

The proceeding will be co-edited by the organizers and published in early 2022 with Oxford University Press.