On Tuesday, November 29, 2016, Andrew Rippin passed away at his home in Victoria, British Columbia. Professor Emeritus at the University of Victoria since 2013—where he was formerly Professor of History and Dean of the Faculty of Humanities, Andrew (or Andy as he was known to some)—was an esteemed colleague, revered mentor, and scholarly inspiration to many members of the IQSA community.

Since entering the fields of Qur’anic and Islamic Studies in the 1980s, Andrew’s scholarly output was immense, helping to shape these fields for almost four decades: he was author or editor of two dozen well-known textbooks, anthologies, and thematic volumes; around eighty journal articles and book chapters; and literally hundreds of encyclopedia entries and reviews. For scholars of the Qurʾān, Andrew was perhaps best known for his profound impact on the study of tafsīr in particular. Viewed collectively, his numerous surveys of the field and introductory works allow the student of the Qur’an and its interpretation to grasp both the immensity of the field and appreciate its transformation over the decades since he published his earliest attempt to take stock of the state of the field, “The Present Status of Tafsīr Studies” (Muslim Studies 72 [1982]: 224-238) some thirty-five years ago. 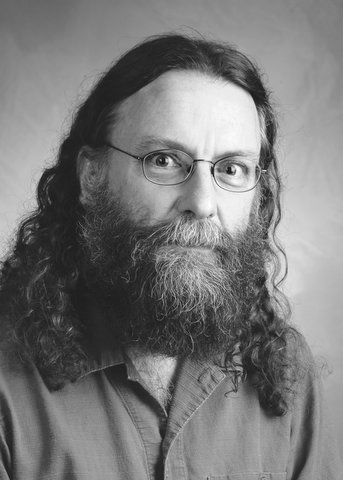 Seeking to apprehend the full range of subjects covered in Andrew’s publications, one is struck by the sheer breadth of his interests and expertise. Already in the articles published during his first decade or so of activity in the field of Qurʾānic Studies, Andrew touched on a number of subjects that would be of interest to him throughout his career: the complex relationship between doctrine, grammar, and lexicography in the formation of the tafsīr tradition; the intertwining of Qurʾān and tafsīr with Jewish and Christian scriptural, parascriptural, and exegetical cultures; the benefits that bringing epigraphic and archaeological data to bear in the interpretation of the Qurʾān might potentially yield; the origins of Muslim attempts to impose hermeneutic frameworks linked to the biography of Muḥammad and accounts of the process of revelation such as naskh and asbāb al-nuzūl upon the Qurʾān; and the construction of authority figures in the received tradition—most notably ʿAbd Allāh Ibn ʿAbbās (d. 68/687)—to demarcate certain strands of exegesis as ancient in pedigree and thus of greater legitimacy.

Today, Tafsīr Studies has clearly emerged as a vibrant field of inquiry. That it should be so is in no small part due to Andrew’s tireless efforts to establish it as such. Andrew long advocated for scholars to take seriously the worlds of meanings and symbols which were produced by classical commentaries on the Qurʾān so that tafsīr and other branches of ʿulūm al-Qurʾān could be seen as significant in their own right, and not simply as records of transmitted traditions. That is, he emphasized the necessity of striking a balance between reading the Qurʾān on its own terms and appreciating the importance of how Muslims have made sense of the Qurʾān as scripture over the last 1,400 years of Islamic history. It is no exaggeration to say that both the revival of interest in the study of the Qurʾān over the last decade and the flourishing of the study of tafsīr in the same period were greatly encouraged by Andrew’s contributions in publishing, teaching, and mentorship.

It is supremely fitting that Andrew has been honored with a Festschrift edited by Majid Daneshgar and Walid Saleh that has just been published by Brill: Islamic Studies Today: Essays in Honor of Andrew Rippin, featuring chapters by some twenty prominent contemporary scholars of Islam as well as two vivid personal tributes by Jane McAuliffe and Claude Gilliot. 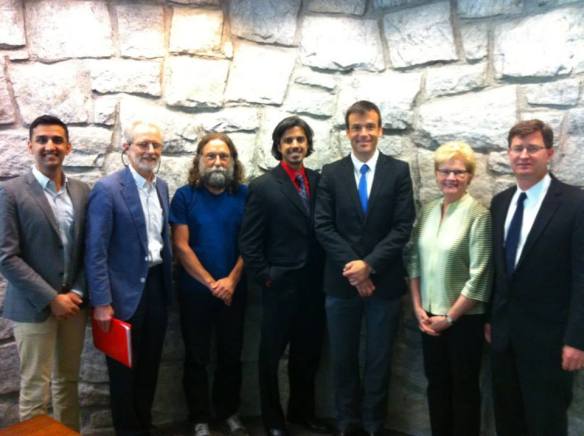 We remember in particular with gratitude that Andrew Rippin served as the inaugural president of IQSA in 2014.  An address which he gave on that occasion can be downloaded here. On November 18 and during his final days the IQSA board of directors announced the Andrew Rippin Best Paper Prize, awarded to an outstanding paper delivered at the annual meeting. Since the announcement of this prize a number of contributions have been received in Andrew’s name.

The richness and sophistication of the contributions to Andrew’s Festschrift is testimony to the massive impact Andrew has had, though the short biographical notes and comprehensive bibliography one may find there only capture his contribution to the field in largely quantitative terms. The depth of his true impact is almost unfathomable, judging from the hundreds of students, colleagues, and friends he influenced over the decades, and who will remember Andrew as the very model of thorough, exacting, yet humane and engaged scholarship.