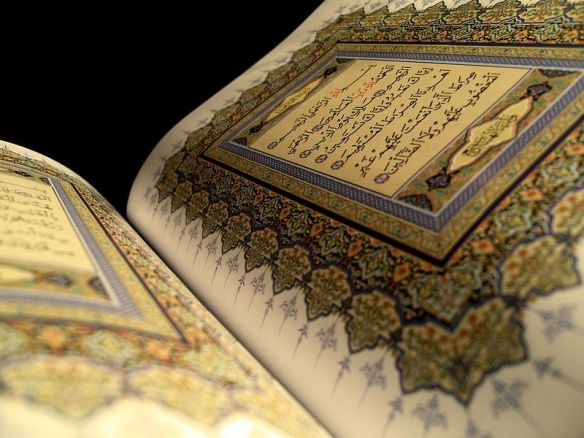 The Qurʾan Seminar invites you to add your own commentaries on a new selected passage of the Qur’an: Q. 5:32. The Qurʾan Seminar, organized by IQSA, is dedicated to collaborative study of selected passages that are significant for understanding major themes and structures of the Qur’anic text. Contributors are encouraged to address the Qur’an directly and to not rely on classical exegesis as a lens through which to view the text. Of particular interest to the discussion are the following questions:

The Qur’an Seminar website has two principal elements. First, the website includes a database of passages of the Qur’an with commentaries from a range of scholars. This database is meant to be a resource for students and specialists of the Qur’an alike. The commentaries may be quoted and referenced by citing the corresponding URL.

If you have any questions, please write to mehdi.azaiez@theo.kuleuven.be

We hope you will enjoy the content and consider contributing!

We are now days away from the third Annual Meeting of the International Qur’anic Studies Association taking place in Atlanta, November 20-23. We are looking forward to another exciting meeting of scholars an friends. For a complete showcase of our events, participants and sponsors we are proud to present the official AM 2015 PROGRAM BOOK (PDF). Viewers are encouraged to further circulate the program book. (Viewers may alternately access the program book by visiting IQSAWEB.ORG >> Meetings >> Program Book AM 2015)

Please do not forget our first Panel, Presidential/Keynote Address and General Reception all taking place on Friday, Nov 20 (one day before the official start of AAR or SBL). Our Presidential/Keynote Address is on “Qurʾan and the Problematic of Prophecy,” and will be delivered by IQSA president prof. Reuven Firestone, with a Response by IQSA council member prof. Ebrahim Moosa at 4:00-5:15 pm in Marriott – M104 (Marquis Level). All Friday events are FREE & OPEN TO THE PUBLIC. Furthermore, I invite all IQSA members to fulfill their duty as members by attending our Business Meeting, Sunday, Nov 22 at 11:30 am in Marriott – M105 (Marquis Level). This will be immediately followed by the Graduate Student Reception at noon in L504-L505 (Lobby Level) – Marriott. If you have not already please visit IQSAWEB.ORG in order to become a Member, subscribe to our Blog and join the private IQSA Discussion Group. Finally don’t forget to enjoy our new an improved video with Arabic subtitles!

On behalf of the Board of Directors, Standing Committees and our partners we would like to express our deepest gratitude to all friends of IQSA, and we look forward to seeing you this Friday. 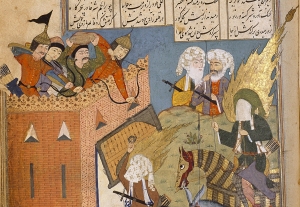 Scholars now widely recognize the numerous continuities between the religion, culture, politics, and society of Late Antiquity and that of early Islam, and are devising fresh ways to better understand the Qur’an through interdisciplinary studies of the late antique cultural context in which the Qur’an was revealed and the Muslim umma emerged. Now Mizan, a digital initiative dedicated to encouraging informed public discourse and scholarship on the culture and history of Muslim societies, has launched a new collaborative online forum for study of the Qur’an and Late Antiquity:

The short essays in this forum are dedicated to reflection upon the contemporary challenges and prospects for discovery and innovation in the study of the Qur’an and early Islam, particularly as they stand at a nexus of convergence with Judaism, Christianity, and other traditions. Visitors to the forum can learn more about some of the most significant aspects of current research into the continuities between Late Antiquity and formative Islam from a variety of theoretical and practical perspectives.

The leader of Mizan, Michael Pregill, is Interlocutor in the Institute for the Study of Muslim Societies and Civilizations at Boston University. He is Chair of IQSA’s Publications and Research Committee, Co-Chair of IQSA’s Qur’an and Late Antiquity Program Unit, and Head Editor of the Journal of the International Qur’anic Studies Association. He will be presenting his paper, “Scriptural Virtuosity and the Qur’an’s Imperial Context,” at next week’s 2015 IQSA Annual Meeting in Atlanta.

In the latest installment of Review of Qur’anic Research 1, no. 8, Johanna Pink reviews M. Brett Wilson’s new book, Translating the Qurʾan in an Age of Nationalism: Print Culture and Modern Islam in Turkey (Oxford University Press, 2014). At the dawn of the twentieth century, many Muslims considered Qur’an translations to be impermissible and unviable. Nevertheless, printed and translated versions of the Qur’an have gained widespread acceptance by Muslim communities, and now play a central, and in some quarters, a leading role in how the Qur’an is read and understood in the modern world. Focusing on the Ottoman Empire and Turkey, and following the debates to Russia, Egypt, Indonesia, and India, Wilson’s book tries to answer the question of how this revolution in Qur’anic book culture occurred, considering both intellectual history as well the processes by which the Qur’an became a modern book that could be mechanically reproduced and widely owned.

For a long time, Qur’an translations have attracted little scholarly attention. Wilson’s book reflects growing interest among scholars to study such texts and the reasons and circumstances of their production, which can help to shed light on the place of the Qur’an in the lives of those who engage with it in different non-Arabic languages.

Full access to the Review of Qur’anic Research (RQR) is available in the members-only area of our IQSA website. Not an IQSA member? Join today to enjoy RQR and additional member benefits!