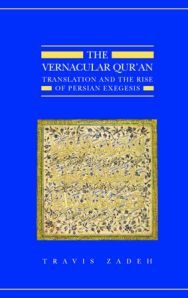 The claim that Muslims do not translate the Qur’an, or rather that a translation of the Qur’an is not  really the Qur’an at all but only a dim approximation of the basic sense of the text, has often been  repeated by scholars. This notion has even informed the production of translations by Muslims  themselves at times, as in the case of Marmaduke Pickthall’s famous The Meaning of the  Glorious Koran (1930)—the title implying that the text in English represents only the meaning,  with something substantial literally having been lost in translation. It is difficult to escape the  conclusion that any rendition of the Qur’an into the vernacular—that is, into any language other  than the original Arabic—should and must have a secondary and marginal status in Islamic society.

But there is a paradox here, inasmuch as the public recitation and explanation of the Qur’an has played a significant role in attracting converts to Islam since the earliest days of the community’s  expansion after the Arab conquests. Historically, the process of reciting and explaining the  Qur’an surely involved some element of translation; the parallel with the reading of the Torah  and exposition of targum in Jewish synagogue services is obvious here. Further, scholars have  often asserted (at least since the time of Goldziher’s seminal Die Richtungen der islamischen  Koranauslegung, 1920) that tafsir (Qur’an commentary) most likely originated in this context,  built upon the most ancient understandings of the Qur’an that had circulated among the earliest followers of the Prophet. Initially grounded in the need to interpret the Qur’an’s essential message for converts—often with considerable mythological and homiletic expansions—this tradition  eventually coalesced into one of the core disciplines within the ulum al-Quran or “Qur’anic  sciences.” All of this implies that translation of the Qur’an has in fact been central to Islamic  society, at least at times, and that such translation has been absolutely vital for the survival and  expansion of the community at numerous junctures in Islam’s long history.

The complex relationship between translation of and commentary upon the Qur’an is explored in  depth in Travis Zadeh’s magesterial and far-ranging study, The Vernacular Qur’an: Translation and the Rise of Persian Exegesis (Oxford University Press in association with the Institute of  Ismaili Studies, 2012), which specifically examines the phenomenon of translation as it lies at the foundation of both Persian literary and Iranian Islamic religious tradition. The significance  of this study cannot be overstated. Iran was most likely the first region or culture area outside  of Arabia proper to achieve a Muslim majority. Further, several of Iran’s urban centers became preeminent centers of religious learning in the ninth and tenth centuries, producing ulama whose  works became critical for the further development of the religious sciences, especially hadith;  and, as is well known, by the high Middle Ages, so-called New Persian came to rival—and  eventually surpass—Arabic as the preeminent literary language of Islamic society, at least in the  eastern regions of the Dar al-Islam.

Zadeh’s study explores the intersections between theological and juridical controversies,  devotional practice, and an emerging Persian literary culture, informed both by an admirable command of the theoretical literature on translation and a nuanced understanding of the complex  conjunction of factors that contributed to the misrepresentation of Qur’an translation as somehow  inferior or illegitimate. In Western scholarly discourse, the claim of the Qur’an’s untranslatability  originates in medieval Christian polemic, in which Muslims’ supposed insistence that the Qur’an  can only be approached in the original Arabic was caricatured as proof of Muslim “rigidity”  and legalism – ritual rectitude purportedly being more important in Islam than rational  understanding. This gross oversimplification of Muslim attitudes was then reinforced by the  misapprehensions of more contemporary (and well-meaning) scholars such as Wilfred Cantwell  Smith, who inadvertently conflated theological assertions of the Qur’an’s inimitability with some  jurists’ opposition to the use of verses of the Qur’an in other languages in the devotional context into a blanket prohibition on translation that somehow applied to all times, places, and contexts.

Smith thus characterized an opposition to translation as somehow essential to Islam, but as  Zadeh demonstrates, the translation of the Qur’an into Persian, even for devotional purposes,  appears to have been a basic fact in the Iranian milieu; the “early pattern of wrapping the sacred  language of the Qur’an in Persian reflects the practical hermeneutic, if not liturgical, importance  of approaching scripture through a linguistic medium other than Arabic” (133). Moreover, translation into Persian was not simply driven by the practical considerations of disseminating  the Qur’an in a recently converted, and thus only superficially acculturated, population.  Rather, Zadeh’s theoretically sophisticated approach shows that the general recognition of the  polyvalence of scripture—for example, the idea that the Qur’an was revealed in seven ahruf  (modes or recitations)—opened up a wide discursive space in which many scholars not only  tolerated but even explicitly sanctioned the ongoing use of the Qur’an in Persian and other languages for a variety of purposes.

Astonishingly, Zadeh’s treatment of his subject stretches from the period just after the Arab  conquests of the seventh century all the way to the flourishing of Persian tafsir in the eleventh  and twelfth centuries with figures such as Abu’l-Futuh al-Razi, Surabadi, and Isfara’ini, as well  as discussing the later reception of this tradition in subsequent centuries. Even as the use of  Persian renditions of Qur’anic verses was largely abandoned in specifically devotional contexts,  the dynamic interplay between the Arab and Iranian cultural and linguistic milieux continued to  inform the evolution of Islam in the Persian-speaking world. As their tradition matured, Iranian  scholars continued to have a complicated relationship with Arab Islamic religious authority and  exegetical discourse—especially the latter, as “exegesis served as a platform for the articulation  of religious commitments” (448), particularly as attitudes towards Persian came to inform and in  turn be inflected by sectarian considerations.

This brief notice hardly does justice to Zadeh’s wide-ranging, yet lucidly argued and eloquently written, treatment of the Qur’an in Persian and the Persianate world. We may hope that his nuanced and imaginative study draws attention to this long-neglected subject and inspires new scholarly research in this area in the future.